Throughout November we will take time to reflect on the cultural erasure and injustice suffered by the Indigenous Peoples of our Nation.

Bury My Heart at Chuck E. Cheese’s by Tiffany Midge 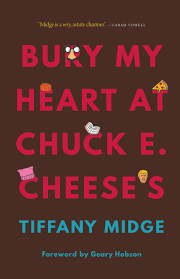 Why is there no Native woman David Sedaris? Or Native Anne Lamott? Humor categories in publishing are packed with books by funny women and humorous sociocultural-political commentary—but no Native women. There are presumably more important concerns in Indian Country. More important than humor? Among the Diné/Navajo, a ceremony is held in honor of a baby’s first laugh. While the context is different, it nonetheless reminds us that laughter is precious, even sacred.

Bury My Heart at Chuck E. Cheese’s is a powerful and compelling collection of Tiffany Midge’s musings on life, politics, and identity as a Native woman in America. Artfully blending sly humor, social commentary, and meditations on love and loss, Midge weaves short, stand-alone musings into a memoir that stares down colonialism while chastising hipsters for abusing pumpkin spice. She explains why she does not like pussy hats, mercilessly dismantles pretendians, and confesses her own struggles with white-bread privilege.

The Marrow Thieves by Cheri Dimaline 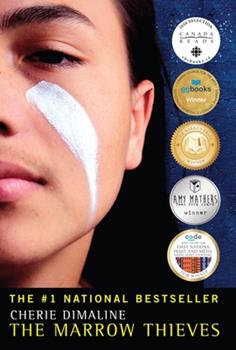 In a futuristic world ravaged by global warming, people have lost the ability to dream, and the dreamlessness has led to widespread madness. The only people still able to dream are North America’s Indigenous people, and it is their marrow that holds the cure for the rest of the world. But getting the marrow, and dreams, means death for the unwilling donors. Driven to flight, a fifteen-year-old and his companions struggle for survival, attempt to reunite with loved ones and take refuge from the “recruiters” who seek them out to bring them to the marrow-stealing “factories.”

The Night Watchman by Louise Eldridge 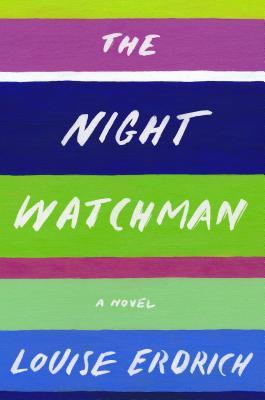 Thomas Wazhashk is the night watchman at the jewel bearing plant, the first factory located near the Turtle Mountain Reservation in rural North Dakota. He is also a Chippewa Council member who is trying to understand the consequences of a new “emancipation” bill on its way to the floor of the United States Congress. It is 1953 and he and the other council members know the bill isn’t about freedom; Congress is fed up with Indians. The bill is a “termination” that threatens the rights of Native Americans to their land and their very identity. How can the government abandon treaties made in good faith with Native Americans “for as long as the grasses shall grow, and the rivers run”?

Since graduating high school, Pixie Paranteau has insisted that everyone call her Patrice. Unlike most of the girls on the reservation, Patrice, the class valedictorian, has no desire to wear herself down with a husband and kids. She makes jewel bearings at the plant, a job that barely pays her enough to support her mother and brother. Patrice’s shameful alcoholic father returns home sporadically to terrorize his wife and children and bully her for money. But Patrice needs every penny to follow her beloved older sister, Vera, who moved to the big city of Minneapolis. Vera may have disappeared; she hasn’t been in touch in months, and is rumored to have had a baby. Determined to find Vera and her child, Patrice makes a fateful trip to Minnesota that introduces her to unexpected forms of exploitation and violence, and endangers her life.

Thomas and Patrice live in this impoverished reservation community along with young Chippewa boxer Wood Mountain and his mother Juggie Blue, her niece and Patrice’s best friend Valentine, and Stack Barnes, the white high school math teacher and boxing coach who is hopelessly in love with Patrice. 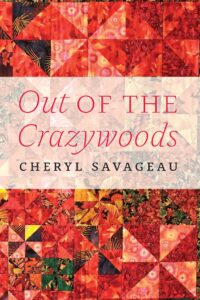 Out of the Crazywoods takes the reader into the euphoria of mania as well as its ugly, agitated rage and into “the lying down of desire” that is depression. Savageau articulates the joy of being consort to a god and the terror of being chased by witchcraft, the sound of voices that are always chattering in your head, the smell of wet ashes that invades your home, the perception that people are moving in slow motion and death lurks at every turnpike, and the feeling of being loved by the universe and despised by everyone you’ve ever known.

Central to the journey out of the Crazywoods is the sensitive child who becomes a poet and writer who finds clarity in her art and a reason to heal in her grandchildren. Her journey reveals the stigma and the social, personal, and economic consequences of the illness but reminds us that the disease is not the person. Grounded in Abenaki culture, Savageau questions cultural definitions of madness and charts a path to recovery through a combination of medications, psychotherapy, and ceremony.

Give Me Some Truth by Eric Gansworth

Carson Mastick is entering his senior year of high school and desperate to make his mark, on the reservation and off. A rock band — and winning the local Battle of the Bands, with its first prize of a trip to New York City — is his best shot. But things keep getting in the way. Small matters like the lack of an actual band, or the fact that his brother just got shot confronting the racist owner of a local restaurant.

Maggi Bokoni has just moved back to the reservation from the city with her family. She’s dying to stop making the same traditional artwork her family sells to tourists (conceptual stuff is cooler), stop feeling out of place in her new (old) home, and stop being treated like a child. She might like to fall in love for the first time too.

Carson and Maggi — along with their friend Lewis — will navigate loud protests, even louder music, and first love in this novel about coming together in a world defined by difference. 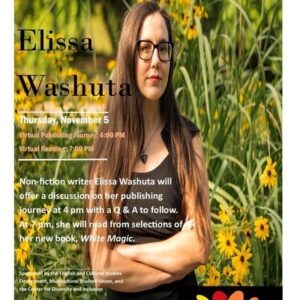 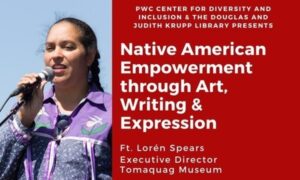 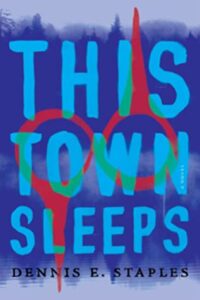 Happy Pride Month! To celebrate Pride this year, the Krupp library has compiled a list of books, films, local organizations, and other resources to highlight LGBTQIA stories, histories, and advocacy.

"It's Hard to be an Optimist Nowadays!": Talking about Politics Resource List

Should we succumb to pessimism or hold on to optimism about the future and the possibility of progress? Does it matter politically?

Talking About Politics: "What is the Future of American Democracy?" Resource List

Democracy means rule of the people, but there is little agreement in American politics today. Here are the resources from the March 1st discussion.